Miss Ranee Thakar is a Subspecialist in Urogynaecology and Consultant Obstetrician and Gynaecologist at Croydon University Hospital as well as a honorary senior lecturer at St George's, University of London. She is the lead for the urogynaecology service and has previously served as the Clinical Business Unit Lead in her trust. She is the clinical lead of the community-based, NHS England funded National Female Genital Mutilation support clinic in Croydon.

Ranee completed her basic medical training in India prior to moving to the UK. She obtained her MRCOG degree in 1994. Subsequently she took up a research post in St George's Hospital and Medical School, London. This led to a landmark paper which was published in the New England Journal of Medicine and to a Doctorate (MD) from the University of London. During 1999 to 2001, she was a subspecialty trainee in urogynaecology under the auspices of Professor Stuart Stanton and is currently the Director of the Urogynaecology Subspecialty training programme in Croydon University Hospital.

She is passionate about research and recognises its role in advancing health. Her publications include many original papers in peer review journals and chapters in books. She has edited three textbooks. Having previously focused on diagnosis and repair of obstetric anal sphincter injuries through research and training, she is currently leading on a joint Royal College of Obstetricians and Gynaecologists and Royal College of Midwifery national project funded by the Health Foundation, which has demonstrated a significant reduction in OASI rates. She has extensive experience in various posts in the RCOG, the most recent being the International Fellows Representative for South Asia on the RCOG council. Other past leadership roles include secretary of BSUG and several posts in the International Urogynecological Association (IUGA). She is currently the President of IUGA thereby influencing Urogynaecology internationally.  She has a lifelong commitment to the improvement of women’s health globally and intends to pursue new strategies in her capacity as the Vice President of the RCOG. It is also important to Ranee that the entire membership, across the world, is engaged and empowered. 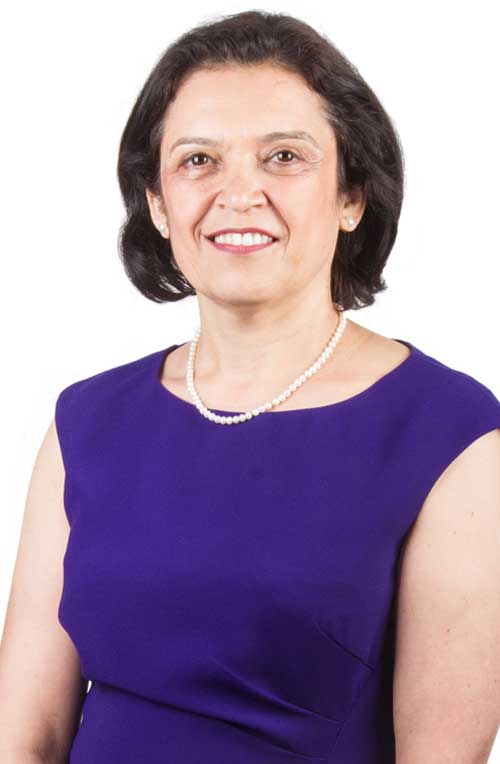